This is a new section and only covers SRA Accounts Rules and GDPR at the moment. More articles will follow 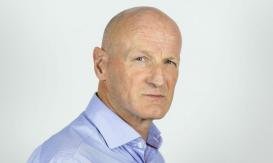 Simon set up the management consultancy McCrum Consulting in 2016.

He became Head of various teams, as well as Marketing Partner, Director of Business Development, and part of the Management Team at Pannone. He also launched the Connect2Law network for law firms.

In 2007, Simon became Managing Partner at Darbys Solicitors. On a £6m turnover, the firm made a trading loss in 2007 but after going a long way backwards - and during the credit crunch - the firm emerged to have its most successful year ever in 2010. In 2013 it was the country's fastest-growing law firm.

In 2016, with turnover up to over £14m, Darbys was acquired by Knights Professional Services (now Knights PLC). Simon joined the merged organisation as Client Relations Partner.

He then exited to form McCrum Consulting, a management consultancy for law firms. He helps firms facing issues or opportunities, helps firms to strengthen what he calls the "Foundations for their Future", and he then uses those foundations as a platform for real growth.