Mergers increasingly based on net assets in absence of goodwill 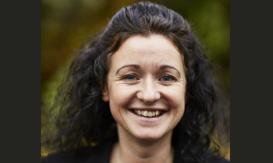 Rosy Rourke, legal sector director of accountants Armstrong Watson, explains why the pricing of law firm M&A is increasingly based on their net asset value. (3 November 2020)

Law firm mergers and acquisitions are increasingly based on net assets rather than a multiple of income or profits, as many firms do not have any inherent goodwill.

The lack of goodwill is a particular problem for small, traditional high street practices.

With an ageing partner population, an acquirer is unlikely to pay for any goodwill as many of these firms have real succession issues and no other viable options.

However, some firms do have goodwill within them, and those firms tend to achieve values based upon profit or fee income multiples.

Those firms tend to be boutique firms specialising in niche or growing areas of law and are sought after by acquirers including private equity backed firms and consolidators, hence the higher values.

In these cases multiples in the range of 4-5 can be achieved, and even higher for corporate firms selling to the newly listed acquiring entities, although 3-4 is probably more common in practice.

The sale of Ellis Whittam for a whopping £61m last week (subject to approval from the FCA, its regulator) highlighted what a set of valuable metrics look like. Set up by solicitor Mark Ellis 16 years ago, Ellis Whittam is an employment law, HR and health & safety business. It provides its services to 3,300 organisations, using a fixed-fee subscription model. 90 per cent of its revenues are recurring and the average annual contract is £4,100. It made EBITDA of £4.4m on revenues of £16m in its latest accounts. Who wouldn't want to own a money-making machine like that?

Succession is a real issue for many law firms, with partners wanting to exit without having to pay run-off cover, and happy to recover their capital rather than sell their goodwill. It is therefore far less likely for a multiples based approach to be taken for internal succession purposes.

That being said, it shouldn’t automatically be assumed that a payment for goodwill is not achievable. Some firms with above-average profits may still expect goodwill to be paid when a new partner comes into the business.

We do see goodwill being paid in some circumstances, and the partnership or members’ agreement will tend to govern how this goodwill is valued. When owners pay goodwill on entry, they tend to also look for goodwill to be paid to them on exit.

We strongly encourage law firms consider succession planning from early on and to keep it under review, rather than only turning to it just before exit or retirement.

This blog is based on the 27 October 2020 article in Legal Futures with the same title, 'Mergers increasingly based on net assets in absence of goodwill'.